Tyson the lurcher was brought to Stray Aid with a massive rip in his right ear. It was almost split in two. He might have caught it on barbed wire or a nail to cause such a straight tear.

He was immediately prescribed antibiotics to ensure the wound was not infected, as this can contribute to poor healing. Once the Vet was happy there was no infection, she assessed the wound. In most cases, amputation (removal) of part of the ear is necessary. However, our Vet felt that since there was a good blood supply to both parts of the ear, she decided to stitch it back together.

Under full general anaesthetic, first she trimmed away the dead tissue from the edges of the wound, then proceeded to stitch both the inner and outer sides of the ear, a total of 21 stitches. Tyson was then given a further course of antibiotics and 5 days of pain relief.

It was still early days to see if the ear would heal together, but after a few check-ups, 2 weeks later it had healed very well. Tyson was so well-behaved that, even though dissolvable stitches were used, he let the Vet remove the stitches after another 2 weeks, as they still hadn’t dissolved. Apart from his right ear ending up slightly smaller than his left one, due to having to trim off some dead tissue before stitching, you would never know it had been cut in the first place. Tyson was also given a course of treatment for mange whilst he was at Stray Aid and has now gone to his forever home. 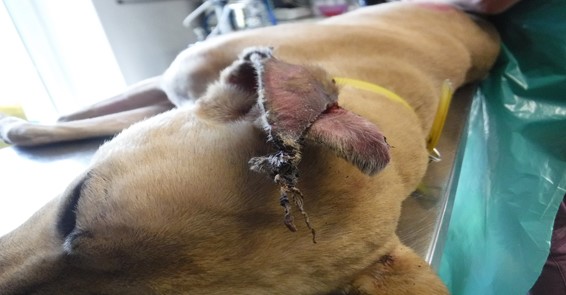 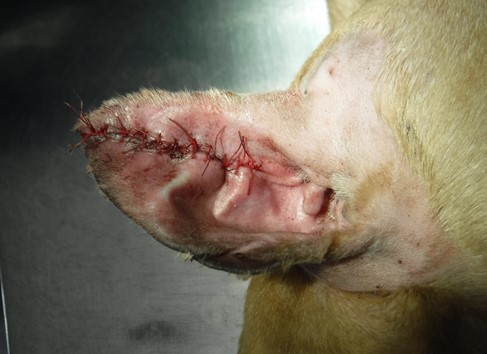 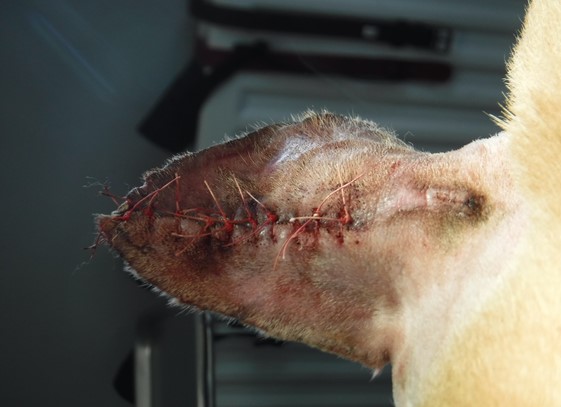 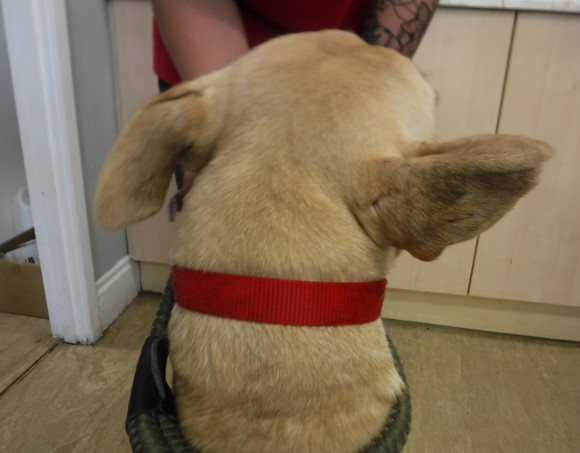 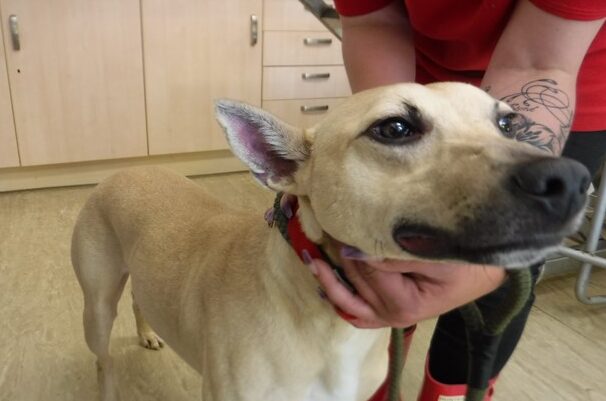