When Enzo arrived at our kennels after being abandoned by his family, it was clear her had an usual, and sensitive, problem.

This article contains medical discussions and images of Enzo’s private parts, which some readers might not wish to see.

Enzo’s prepuce, or ‘sheath’, had 2 openings in it – the usual opening at the end, and a second opening around halfway down. This second opening meant Enzo’s penis protruded through, leaving it exposed, dry, and a little sore.

Our vet couldn’t tell if the hole in Enzo’s prepuce was congenital ( i.e. a defect present at birth) or whether he’d acquired it as a result of an injury. If it was due to injury, it must have happened some time ago as the edges of the hole were healed. To prevent further exposure and potential trauma to Enzo’s penis, our vet had to repair the defect.

Under general anaesthesia, the edges of the hole were surgically trimmed away, a process called debridement. This is to ensure that there is a fresh blood supply to promote healing of the tissues. Once the edges had been debrided the prepuce was reconstructed to its normal structure by stitching firstly the inner mucosal membrane layer, and then the outer skin layer. Dissolving suture material was used and Enzo had to wear an inflatable collar to prevent him from licking the area until it had fully healed. This took approximately 3 weeks.

Enzo finally found his new home and is enjoying his new life. 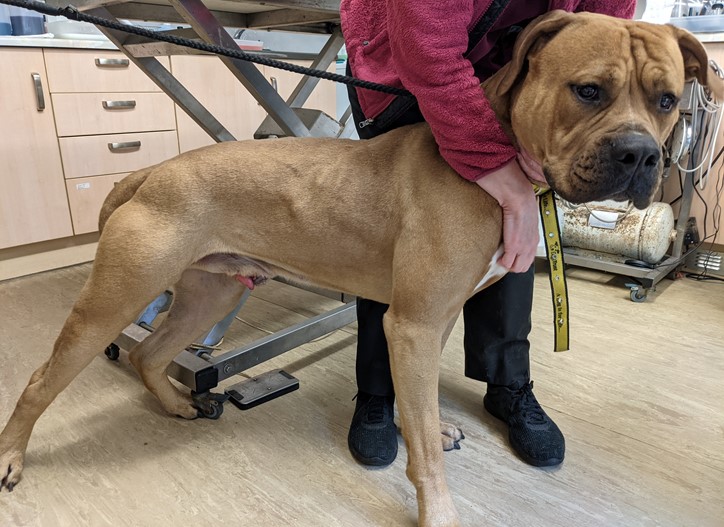 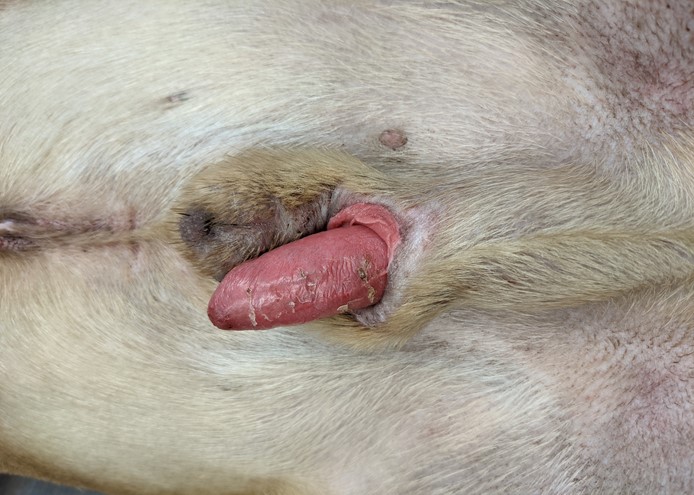