When we heard that a pug was being brought to Stray Aid under distressing circumstances, we really did not know what to expect. When poor little Alvin arrived at the kennels, he had already been taken to a local vet and had some eye ointment for a severe infection, and underlying problems were detected. When our vet checked him over, she was appalled! Poor little Alvin. Instead of the usual bright, happy little eyes that pugs have (the top left photo shown below), he had two shrivelled little marbles sitting in his eye sockets. Pugs are quite prone to corneal ulcers, a horribly painful condition, and if left untreated the eyeballs will actually rupture and shrivel down to small hard lumps. This had happened to Alvin not once but twice!

As Alvin’s eyes were completely blind, and because his eyelids were filling with pus due to the change in shape of the eyeballs, the only option was to remove the eyes and eyelids, taking away the source of infection and pain.

Once the healing process was complete, Alvin had already touched the hearts of those he had met and he was rehomed straight away, with some doggie friends to show him around. As you can see, he is much loved, safe and comfortable.

If you would like to support Stray Aid, and our on-site veterinary team, in the work they do, please donate here 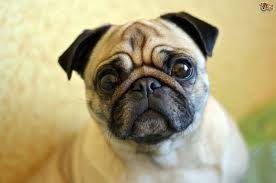 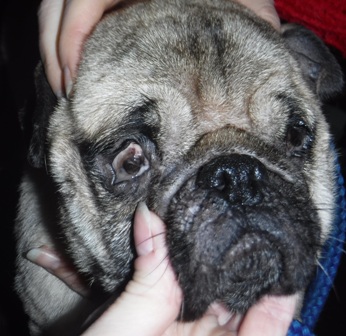 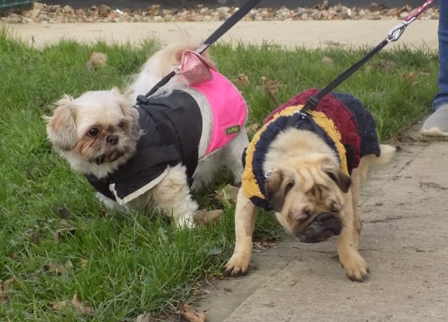